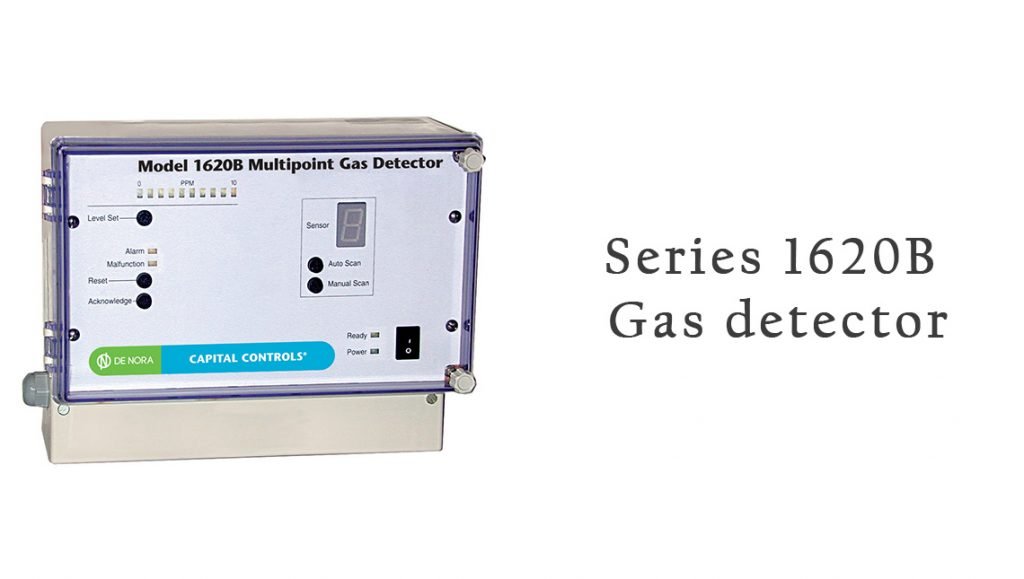 Series 1620B is designed to continuously and independently sense for the presence of gas. The system can be expanded in the field, as requirements change. The sensor module incorporates an electrochemical sensing element and conditioning electronics required for operation with the receiver. The sensing element and conditioning electronics are housed in a high-impact, corrosion-resistant, enclosure and may be mounted up to 1000 feet (305 meters) from the receiver. The sensor module may be located indoors or outdoors.